I don’t do resolutions, but I like to take stock of the year. 2016 went, somehow, in the blink of an eye. It started pretty tough in the aftermath of a year of cancer treatment, ongoing fatigue and the difficulties I’d been warned about when you’re no longer going to hospital every day to be injected or microwaved, and you are expected to ping back to normal. And everyone asks – are you okay now? And you smile and say – I think so, but you worry because you’ve met a lot of unlucky people on your travels who were okay one minute, then it was found in their lungs or bones, or brain, a year, 2 years, or even 10 years later. And that’s the reality. Cancer is a cruel lottery that doesn’t discriminate.

This uncertainty is one of the toughest things. Everything is secondary cancer until you learn otherwise. I’ve had a few scares since diagnosis and a big one this year. I had a problem with a cough that wouldn’t go and they found nodules on my lungs. As that’s a likely first secondary for breast cancer, the 4 month check-up CT wait was a very tough wait.  Accepting that you’re changed forever, (and in some ways in good ways) helps, but it’s a slow process.

I’m so bloomin’ thankful that it was found though, and for the amazing treatment I had on the NHS. We truly don’t know it’s value until we really need it. It’s hard to comprehend sometimes how close to death I’ve come as we are medically so advanced and everything is about treatment. I’ll be on medication for at least 5 years, and they have had to turn my ovaries off (because my particular cancer responded to estrogen – yey for no more horrendous PMS, boo for the worry of bone density problems) but this, and even all of the treatment however tough at times, is still a small price to pay for being alive. I’m also thankful for support services like Breast Cancer Care, and for good friends and family who’ve been so brilliant.

All I can say is, any breasts changes (although rare, men can get BC too), no matter what – go to the doctor. To hell with feeling like a hypochondriac. My change was a raised vein that had vanished before the referral date. I’d had a scare in the other breast some time before and they hadn’t seen the cancer (it was growing for around 18 months they think) because my breast tissue was so dense (often the case in younger women which is why they don’t do mammograms for under 40s generally as they can’t see into dense tissue). What they initially thought was a 2.5cm tumour on ultrasound turned out to be 5cms across on the MRI. The cancer had also spread to my lymph system which is why chemo was needed. Vigilance could save your life so don’t for a second feel you are wasting anyone’s time getting a dimple or a vein checked out.

As well as readjusting to life after treatment, I spent a long time early last year writing the bid for Hive South Yorkshire, the young writers’ hub I’ve set up with support from a consortium of partners. It was tiring and seemingly never ending but great to channel years of knowledge and ideas into something I believe in. I was heartened at the support of so many partners who’ve come on board. I also kept a promise to myself to keep a better work/life/writing balance and, although not as prolific as 2015, I’ve still managed to write a few things with legs this year. I’ve also had a few more things published and been on BBC Radio Sheffield a few times talking about Hive, dyslexia and writing. I was one of 5 shortlisted for the Arvon Jerwood Membership for poetry earlier in the year which meant a fun trip to London. Even though I wasn’t selected, to be shortlisted and get really encouraging feedback was a great boost. I also got this website up and running and about a third of my projects logged on it (which was hard work and no easy task!) It was so good to revisit all I’ve done and remind myself how far I’ve come.

At the end of June, earlier than expected, we found out – Hive was go! The rest of the year has been getting Hive up and running and a few other projects (most mentioned in my last post). It’s been brilliant. Already so much good coming from the project.

There was also more time for doing fun things this year and seeing friends and family, like a rare few days in London with my mum, brother, sister and auntie, a good friend’s hen and wedding, and the birth of her gorgeous little boy, Nye. Also the wedding of another good friend, Si. I got to meet my friend, the poet Catherine Ayres, a few times. The first on a break in the Lakes. Catherine really supported me during cancer treatment, having been through it herself, and it was nice to finally get some time together this year after talking so long via messages. Another highlight was a lovely writing retreat in November where I met some wonderful poets and new friends. We’ve planning to do our own Air BnB writing retreat in the spring.

All in all, a much better year than the last, one filled with trying to find a new normal and putting into practice some of the wisdom that came from a crappy and life-changing 2015. For me, the one thing I want most for 2017 is continued good health.

All the best to you and yours 🙂 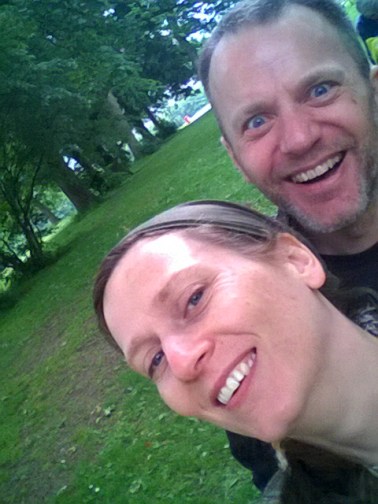 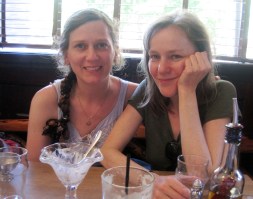 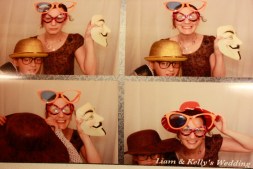